When mention of House music comes up in everyday parlance most people will instantly think of the likes of David Guetta or The Swedish House Mafia, artists who have skyrocketed to global fame over the last couple of years or so, cutting through the echelons of mainstream music like a hot knife through butter. Truth be told however, the pop-induced “House” wave that’s dominating airplay on most teenager’s mobiles today could not be further from the definition of true house music, a genre that kicked off in Chicago in the early 80’s before becoming a worldwide phenomenon through it’s popularisation as Acid House in the U.K at the end of the 80’s. This viral metamorphosis counterweighted the economic hardships and disillusions of a nation bored beyond tolerance by the conservative Thatcher politics of the time and as such, the second summer of love, Woodstock’s successor was born. House music was, at the time, an instrumental-rich form of electronic music that borrowed from the disco culture of the late seventies / early eighties, the result being a more minimalistic series of drum machine produced beats accompanied by everything from poignant synth stabs to Motown-esque vocals. Fast-forward two decades or so and House has branched off into commercial pop-heavy Electro house a La Guetta, whilst retaining its former dignity through its identity as deep and tech house. 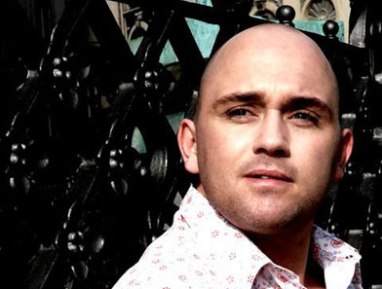 I caught up with Culture Box resident and co-booker Tim Andresen for a quick chat about the state of the current house scene and his work as a Deejay one rainy day in the post New Year’s eve state quietude that the streets tend to blossom with in early January.

From humble Beginnings to global success

Tim Andresen started spinning vinyl way back in 1986 (that’s before I was even born ! ) Part of a mobile disco group of newly-made friends, Tim started as most Deejays do, learning the tricks of the trade by saving up for his own pair of decks and honing his skills on them in his free time. Back then, he had not yet been bitten by the house bug, and as such, commercial music du jour and a fair bit of old school Hip Hop was what he spun albeit commercial music fused with choice, hard-to-come-by 12 inch imports from record shops such as Fredgård and the legendary Street Dance Records. The switch to House came in 1997, when Tim played a gig with a friend of his and got hooked by it. Since then he slowly built a name for himself, specialising in playing a witty blend of “good quality House music with an uplifting edge to it”. House music in those days was nowhere near as well-known in Denmark as it is today and as such, a lot of work went into promoting and hosting gigs, as no specific venues existed to serve the needs of the electronic music market niche.

Further along the line, the jump from Deejay to producer saw Tim venture into making his own productions in 2002 with literally no professional music training whatsoever. Since then, his releases have been featured on the likes of Fatboy Slim’s label “Southern Fried,” Mark Knight’s “Toolroom ” imprint and on the mighty “Azuli,” The UK’s longest running House label. His forays into the world of music production elevated Tim to the highest level of Deejaying, as he backed his studio creations with hectic tour schedules that saw him play in over 40 countries, headlining for brands such as theMinistry Of Sound Tour, Godskitchen and Azuli and playing some of the finest clubs on the planet such as Space, Pacha and Privelegé Ibiza, Fabric, Ministry of Sound, the impeccable Turnmills in and dozens of others. Tim also founded his “What Happens” label a good 5 years ago, and has enjoyed a fair deal of success through it, with upcoming names such as “Tiva” and “Dennis Horvat” using it as a base for their productions

Tim’s decorated past in the annals of house music folklore lives on today through his label What Happens and his residency at Copenhagen’s Culture Box who he also co-books for. He jets around a lot less than he used to but he’s certainly not any less busier as a result. In fact, Tim’s dedication to the scene means that he’s in his own words “listening to music for up to 12 hours a day” and as such, if he listens to anything else, it’s usually Chillout music, to unwind and kick back from the hectic everyday life of a producer.

The music industry in one that is in constant flux. Despite being a vinyl lover, Tim admits that Deejaying with vinyl is an artform that’s history. He doesn’t miss carrying around a bag full of 12 inch records and he appreciates the mod cons of mixing using CD’s. Like many other players in the music industry, Tim also believes that the influx of new artists on the scene due to technological advancements that have made making and producing music something that can be done in a bedroom as opposed to a studio has made it more difficult for one to find good electronic music. He maintains that creativity needs to stand out, and a sense of imperfection and even difference in music production has to exist in the process of making electronic music. As such, an otherwise optimistic Tim feels that focus on already established artists and labels has created a sort of music hegemony that locks out many newcomers to the scene who aren’t part of the most favourited and highest rated charts that electronic music sites such as Beatport popularise.

So With so much to do all the time, where’s the fun in it all ?

Despite the strains of producing, running a label, Deejaying, promoting and co-booking Tim still enjoys his everyday life and is content with being able to get paid to practice his hobby on a full-time basis. His new single, the aptly named “New Era” has rocketed to number 37 on the Traxsource.com listings and with the likes of Trentemøller, Nic Fianciuli and James Blake all booked to play at the venue, things are definitely looking up in 2012. The house scene in Denmark is continuing to grow and Tim feels that there’s a lot of passion and indeed a lot of love and open-mindedness within it that is heartening to take note of.

This site uses Akismet to reduce spam. Learn how your comment data is processed.

2020 vision 😎
I grew up in a house just like this one - on the edge of the forest and all its sounds and life. Ok - there weren't as many trees around us and our cottage was much bigger. Would you live in a house like this?
I have to be honest and say that Ubud, the land of the majestic rice terraces is a bit overrated - in tourist guides, by influencers - everywhere. Ubud is a beautiful place - don't get me wrong - but if you're looking for a more authentic and laidback Balinese experience, my opinion is that the rugged south (Jimbaran / Uluwatu, etc.) has more going for it. The same is true of the understated northwest and indeed for some of Indonesia's smaller islands such as Nusa Lembongan. This said, I still think that everyone should see and experience Ubud - if only for a couple of days. My advice on how to make the most of your time here would be: 1) Find a good hotel outside of Ubud - ours had rice terrace views and an amazing infinity pool 2) Go local - the town of Ubud is busy and made for tourists but you can still find local warungs / ice cream parlours and restaurants if you wander around for a bit. Get off the main streets 3) Skip the overrated Tegallagalang rice terraces, where every wannabe influencer and their girlfriend / boyfriend go to queue for "that Bali picture." You can find plenty of other terraces in Ubud 4) Do The Campuhan Ridge Walk (pictured.) It is short n sweet - even though it's shorter today than it once was, thanks to the sprawl of hotels and tourist shops that are coming up fast around its upper section 5) Visit the Ubud traditional market. While many of the items here look the same, dig deep and you will find some good stuff. Most of the vendors are very friendly and fun to bargain with. While in the market (and generally in Bali-) please don't support Kopi Luwak Coffee operations. The world's most expensive coffee variant, made from beans passed through the digestive tract of a luwak (civet cat) may sound exotic but these animals are usually overfed for this specific purpose (coffee beans are not their staple diet per default) and kept in poor conditions. Moreover, you'd need a helluva lot of luwaks to produce coffee on a large scale, so any luwak coffee you do pay a fortune for is probably not the real deal anyway. 6) Ubud can definitely be a base from which to explore the north (Mt Batur / The Twin Lakes, etc. or the quiter East coast (Amed)
If you ever find yourself on the small Indonesian Island of Nusa Lembongan - you may want to check out @naturale_villas - located on the island's North-Western shoreline, by Mushroom Bay. It's a basic place nestled in lush surroundings with a really laidback vibe and self-contained cottages. We had lots of fun by the pool - crafting the little guy's swimming skills. Check out my full review of this establishment (and lots of other places in the 60 + countries @mslomborg and I have visited) on my Tripadvisor profile - link in bio.

Hits on this blog